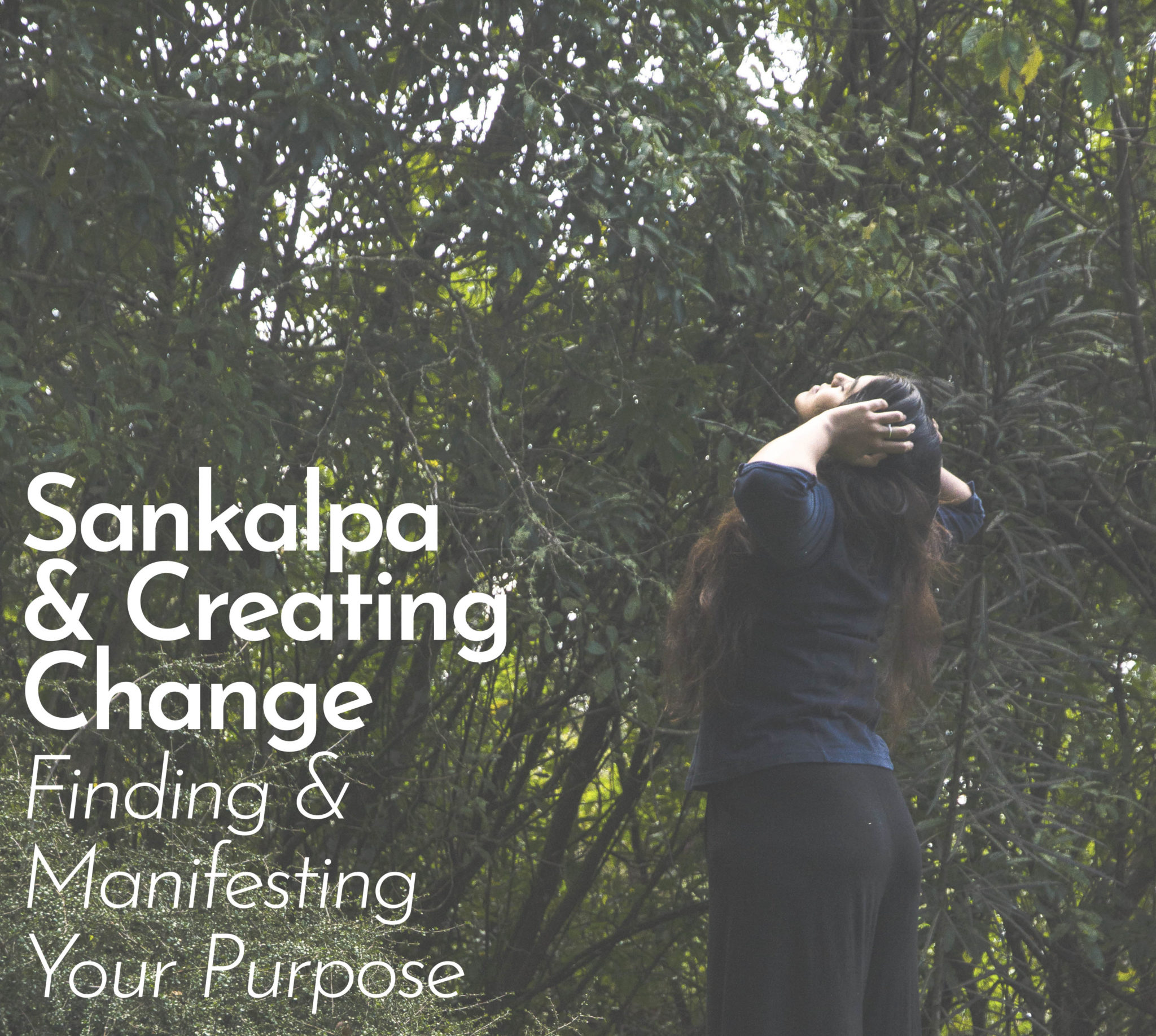 A common motivation for practicing yoga is a desire to change or grow in some way, whether for health reasons, transforming a mental or physical state or manifesting some deeper desire. However, sometimes, despite this genuine aspiration, try as one may, the issue is like a stubborn mule and the cause of it remains elusive. Many begin the New Year with positive intentions, but a couple of months in…chocolate is the main item on the menu, the regular morning yoga routine occurs in dream state from bed and equanimity seems far-fetched! 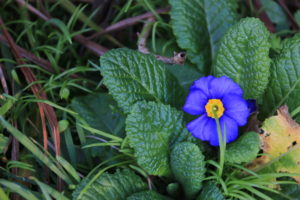 Why is it so Difficult to Make Change?

From the yogic perspective, all actions and experiences throughout life are recorded and they form samskaras or impressions, which are held in the unconscious layers of the mind. The samskaras are like seeds sown from past experiences, which create either helpful flowers or noxious weeds in the garden of daily life. The challenge is that the roots of these flowers and weeds are beyond the reach of the average human being, yet they are constantly influencing the behavior and tendencies in day-to-day life and pushing and pulling us in certain directions. In order to get to the roots, we need access to the deeper layers of the mind.

The technique of Yoga Nidra is a well-loved relaxation practice, which at its basic level helps to calm the nervous system and create more balance in the body and mind. However, Yoga Nidra also has an incredible potential, because it brings us to the borderline between waking and sleeping. Robert Nilsson writes about research done with PET scans on the states of consciousness in Yoga Nidra. The research indicates that a presence is maintained on this borderline, thus allowing conscious access to the subconscious and unconscious layers of mind. This is where these samskaras are hiding, giving an opportunity to pull out the roots of the weeds that are not helpful.

It is this same subtle state of awareness and receptivity that the practitioner can also begin to plant something helpful in the fertile soil of the unconscious mind. This positive seed is called the sankalpa.The sankalpa is often described as a short, positive statement of intent, mentally repeated whilst sinking into a deeply relaxed state. The Sutra Journal web-site gives the Vedic definition as “the will that precedes all actions.” This is the will or the inspiration that gives the impetus to really manifest something.

Sankalpa contains two Sanskrit root words: sam meaning ‘union’ or ‘together’ and kalpa translating as ‘possibility’. It could be thought of as ‘every possibility in existence’. With the focusing of the will, anything is possible. When the sankalpa is used, the awareness is directed to a particular possibility that exists within and with repeated use, it will gradually manifest. Ultimately, a sankalpa allows one to find and unfold their deepest and highest potential. 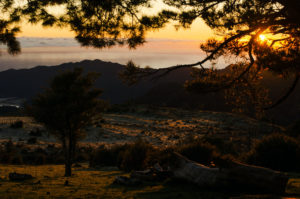 The Difference Between a Sankalpa and a New Year’s Resolution

The sankalpa is used when the practitioner is in a receptive state, like in Yoga Nidra or other subtle practices. A normal resolution like a New Year’s resolution is usually stated to the conscious mind, which is like planting a seed in too little soil, so its roots may not grow. There needs to be enough soil for the roots to reach deeply into the ground in order to create a strong and steady plant.

In the studies written about Yoga Nidra and brain activity by Robert Nilsson and another by Dr. A.K. Gosh on Yoga Nidra and Consciousness, at the beginning of Yoga Nidra, during the time of the first sankalpa repetition, alpha brain waves related to relaxation, creativity and receptivity appear to be dominant, indicating fertile soil for the seed. In the later stages of Yoga Nidra, when the sankalpa is repeated a second time, advanced practitioners appear to still have the alpha waves of relaxation and presence, while simultaneously presenting with theta (dream or sub-conscious waves) and in some cases delta (deep sleep or unconscious) brain waves. Normally we are asleep and unaware when theta or delta waves are present. However, with the ability to remain awake in the practice of Yoga Nidra and still be in a similar relaxed and receptive state of sleep, there is an immense opportunity to clear the deeper mind of impressions and to plant a positive seed of our choosing.

Remember that whatever is in the unconscious layer of the mind influences the waking state and the experiences of daily life, so weeding out the roots of samskaras and planting positive flowers is the beginning of powerful change. 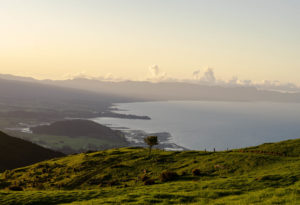 Sankalpa and the Art of Advertising to Ourselves

Large companies advertise their products by repeatedly impressing images, jingles and symbols of the product on the subconscious minds of the masses. We are not aware each time the symbol appears on a bus, movie, website or T-shirt, yet the inner recorder, files this information and if the impression becomes strong enough, we may eventually act on it without realising it.

When my daughter was about seven, we were travelling and she got the rare opportunity to watch a lot of TV. Every ad on Disney Channel seemed to be promoting the Best Western Hotel chain. A few weeks later, we were looking for a place to stay and passed a Best Western, my daughter, said, “Look mummy, there’s the Best Western and it’s got coffee for the adults, a pool for the kids, and clean rooms, so we should stay there!” I said to her, “You heard that in the advertisements.” But she emphatically denied it of course! Her subconscious and unconscious mind had been imprinted, but the conscious mind did not recognise that.

Advertising is a billion dollar industry because it works. A self-choosen positive seed of transformation can also be planted in the subconscious and unconscious layers of our own minds. By using a sankalpa regularly, the desired changes in the thoughts and actions of the practitioner can be manifested. 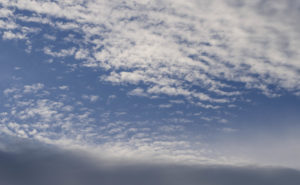 The Language of Sankalpa

In the same way that Nike uses a particular image and the slogan, “just do it” over and over, the sankalpa must be repeated with concise, positive language, using the same words and the same intonation. This repetition, and the simplicity of it, is what gives it strength.  If Nike changed their slogan and image in every advertisement, we wouldn’t recognise it. However, everyone around the world knows Nike because they repeatedly use three positive catchy words that inspire something.

If too many qualities are in the sankalpa, the mind becomes confused, or if the words are changed regularly, it is forgotten. So finding our core focus that aligns with our deeper desires and nature is important. Once formed, the sankalpa is used over and over.

Whilst very potent to use it during Yoga Nidra, due to the contact with the deeper mind, the Sankalpa can also be used at other times, especially when the awareness is turned inwards, such as upon waking or before sleeping, during a meditation or yoga practice. It may be repeated to the self at any time of the day; however, keep it as a personal gem, which has more power if it is not shared with others. 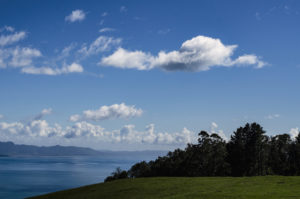 It is said that a sankalpa should be kept until it is manifested. However, in the beginning, there may not be clarity about what one actually wants or enough inner connection to perceive the deepest goals.

In this case, using a self-reflection tool such as the SWAN technique is helpful. SWAN developed by Swami Niranjanananda, stands for Strengths, Weakness, Aims and Needs. When there is knowledge of, what qualities support you, what challenges you what your aims and needs are, the clarity and wording of what you wish to focus on can be formed more easily.

In the initial stages, a smaller focus or mini sankalpa, which feels achievable in the shorter-term, can be used. In my experience, in the beginning I tried different ones, often changing the words. But at some point, crystal clarity came and I had a deep sense that my sankalpa had arisen on its own accord. This sankalpa stayed with me for about 10 years and then suddenly, during a strong life change, another arose spontaneously and in every Yoga Nidra, only the new one came.

Initially sankalpa is used to concentrate the mental energies and as it is repeated, it begins to build up the psychic energy and becomes more and more powerful, eventually helping us to find our core goal or life purpose and creating the power to unfold it. 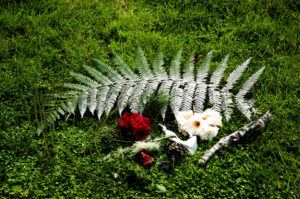 There is often disagreement about which verb tense the sankalpa should be stated in. Try out the different ways and find what works for you.

It may be in the present tense, such as “I am…..” which implies that the quality has already manifested, so it is being one step ahead of the mind. For some, the mind may argue and say, “no I am not that yet” thus creating inner conflict.

Another options is using the future tense, “ I will become….” It can be seen in two different ways; something that will occur in the future, or something that the will power is being utilised to express.

The continuous present tense, “ I am becoming…” honours the process of gradually unfolding that quality so may work.  The best approach is individual and the most important thing is that the sankalpa is in positive language and that the way it is stated agrees with the inner voice, inspiring the unfurling of the quality. 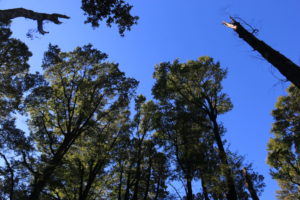 Using All the Senses to Repeat, Feel, See and Visualise Your Sankalpa

Once formed, each time the sankalpa is repeated, use the exact words, intonation and rhythm. Visualising a symbolic image that represents the sankalpa whilst repeating it can also strengthen it. Similar to Nike’s byline and logo, the words and symbol begins to imprint the deeper mind. There may be a sensation or a feeling that is linked with it as well. The aim is to experience the essence of the sankalpa in every cell and every part of the being, so that it becomes a living force that moves you towards your deepest goals 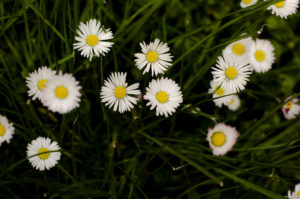 The Benefits of Sankalpa

Sankalpa can be used to focus the mind more positively as well as work with transforming deeper mental and physical patterns. It can be beneficial in working with addiction or shifting deeply set negative self-image. For physical or terminal illnesses, a sankalpa can encourage healing, enhance acceptance, increase will power or promote positive thinking. In day-to-day life, it is about beginning to be the master of our own minds, rather than following blindly, all that is impressed upon us.

By focusing the physical, mental and spiritual energies, sankalpa can lead us, not only towards short-term life success, but also support the alignment of all the parts of the self. It is a tool to plant whatever is desired and the only limitation is the imagination. A sankalpa, mentally stated with conviction, faith, and determination, and used regularly, will grow very strong roots and bloom willingly.

Saraswati, A. The Nature of Sankalpa