At Anahata Yoga Retreat we live, share and teach the yogic lifestyle. Our integral approach provides inspiration to enrich your life as well as valuable skills to take away & incorporate into your day-to-day activities.

We operate under an umbrella of sustainability – raising funds through our retreats and events, and utilising donations to help maintain and develop the services on offer.

The money that we raise will be spent on food, gas, petrol, equipment, facilities, buildings, maintenance and much more. We also accept donations to support our yogic mission through our Heart Chakra Fund. Feel free to check it out to see how you can support us.

Swami Karma Karuna is a founding member and director of Anahata Yoga Retreat, New Zealand, and a dedicated, intuitive yoga teacher with years of experience working with a wide range of people. From an early age, she travelled exploring diverse spiritual traditions; finally dedicating herself to the yogic path, guided by Swami Niranjanananda Saraswati. Swami Karma Karuna has received yoga training in Nepal, India and Australia. She spends 3 months each year living and teaching in India at the home and sadhana place of Swami Satyananda. She also travels internationally part of the year, committed to sharing Yoga Solutions for Life™ – simple & powerful techniques for transformation. During past tours, Swami Karma Karuna has been involved in workshops, retreats, trained teacher trainees at the Australasian Satyananda Yoga Academy, and worked with groups of Yoga Therapists throughout the USA. By combining yogic lifestyle and Sannyasa tradition with family life, Swami Karma Karuna has a unique and practical approach, inspiring the integration of yogic principles into everyday activities. In 2007 Swami Karma Karuna released her first yoga and meditation CD called Yoga Solutions for Life™ – Essential Daily and Deepening Practices designed to develop a simple daily practice enhancing health and relaxation. In October 2007, a second CD focused on the chakras and seed sounds was released.

With experience in Hatha Yoga, traditional yogic cleansing techniques and meditation, Swami Gurubhakta brings 20 years of experience with him to Anahata. Having trained for his Diploma in Australia, he has spent most of his time throughout the years serving in ashrams between Australia and India, sharing his knowledge of traditional Yoga teachings and practices.

Sannyasi Priyadhara first came to yoga in her youth and was eventually drawn to the teachings of the Satyananda-Bihar tradition at Anahata Yoga Retreat. A yearning to deepen her experience and understanding of yoga led her to live and receive training under the guidance of Swami Niranjanananda Saraswati at the Bihar School of Yoga in India for a period of her life. The opportunity to imbibe yoga not only as an integral science but as a way of life & culture was a life-changing experience which today inspires Priyadhara to work with people of all ages and walks of life who seek to connect with positivity, find balance in life and express true potential from within.

Sannyasi Divyajyoti is a founding member of Anahata Yoga Retreat. She has lived between the Satyananda ashrams in Australia and Anahata over the past several years, also regularly travelling to India. She has a yoga teaching diploma from the Satyananda Yoga Academy Australasia. Divyajyoti also holds a certificate in advanced permaculture and has lead yoga ecology courses and eco projects at Anahata and in Australia.

Sannyasin Atmabhava has been a core member of Anahata Yoga Retreat since 2003 and has completed a 3-year teacher training course with the Satyananda Yoga Academy Australasia. In spring 2007 he made his first pilgrimage to the heart of Satyananda Yoga in India, assisting on the Chakra Sadhana Course. A past, long-time resident of Anahata Yoga Retreat, he came to yoga because of health reasons and the practical and scientific methods immediately made a strong impression. He is a living example of how health can be transformed through yoga. His passion is in sharing the simple and readily accessible practices that bring about transformation with specific interests in Yogic Lifestyle, Diet & Nutrition, Pranayama, Meditation and Mantra & Kirtan. He enjoys working one-on-one with people to help them find more balance in their lives. He is an experienced adventure guide with a background in ecology; he blends the techniques of yoga with the beauty of the outdoors to inspire connection with our internal nature. Now living on the North Island, he is a regular visiting teacher to Anahata sharing his knowledge and experience.

Swami Kailash Saraswati has studied and lived in Satyananda Yoga ashrams in New Zealand and India from an early age. From this background he brings a practical, simple and joyful perspective to all aspects of yoga.

He is a warm and engaging teacher and has been teaching yoga for twenty years, most recently in Australasia, India and Korea. He is the Founder of Srinivasa Yoga House in Hamilton, New Zealand.

Anahata regularly hosts many visiting teachers and swamis throughout the year, including: 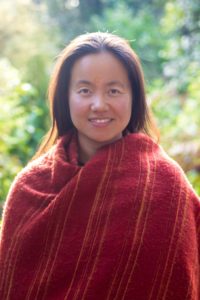 Amritananda is a dedicated student and teacher of yoga. She completed her first yoga teacher training in 2012 in New Zealand and has been enjoying learning, deepening and sharing traditional yoga practices since. She teaches with compassion, depth and humility. Her calm, focused, and concise teaching allows students to go deep within themselves and have their own unique experience. She is enthusiastic about inspiring everyone to wake up to our own true nature. 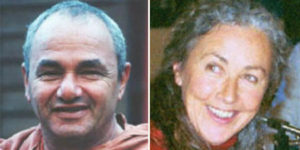 Rishi Nityabodhananda and Rishi Yoga Diwali are Dynamic Masters of the Satyananda Yoga tradition. They have tutored students for over 40 years in India, Australia, and other ashrams around the world. Rishi Nityabodha is the author of Satyananda Yoga publication “Awakening Ajna Chakra”, and together the Rishis bring many years of experience and immense wisdom. These Rishis are captivating, humble, humorous, and inspirational. 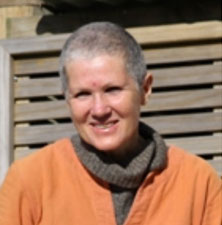 Swami Atmamuktananda Saraswati, “Atma”, first encountered Yoga Master Paramahamsa Satyananda Saraswati at his ashram in Bihar, India, in 1979. She continued to live under the guidance of Swami Satyananda for many years. In 1996 Atma became the Director and Acharya of the Rocklyn Ashram in Victoria, Australia, and continues to reside at the Ashram and train yoga aspirants from all walks of life. Atma has a simple, straightforward and practical approach to personal progress in life. Self-observation and attention to the everyday details of living consciously, is central to her approach. 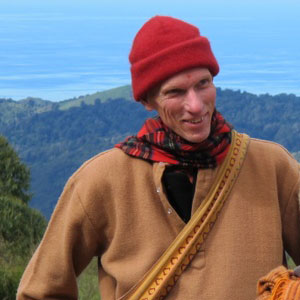 Swami Gyan Dharma Saraswati is a direct disciple of Paramahamsa Satyananda and lived with him in India for over 12 years. He offers the benefit of his many years of personal sadhana training in a very down to earth and practical way.

He specialises in mantra, kirtan (chanting) and harmonium, which leaves one feeling deeply inspired. 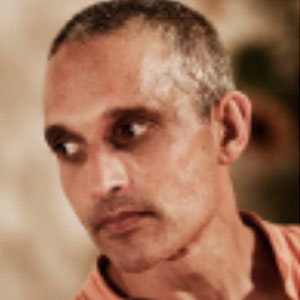 Swami Kriyaratna Saraswati has been practicing and teaching yoga for over 30 years. His journey began with the Satyananda Yoga lineage in 1981 where he first went to live and teach yoga at the Mangrove Yoga Ashram NSW. Until recently, he has lived mostly full time in ashram environments in NSW and also Rocklyn Ashram Victoria, in the spirit of seva (selfless service) sharing his exceptional commitment to yoga and its teachings to others.

During his extensive ashram life, Kriya has had the opportunity to teach yoga in a number of different environments in the broader community. From weekly general classes in local halls, to correction centres, adolescents in the juvenile justice centre, to children with disabilities, school groups as well as teaching numerous weekend yoga retreats and courses. Kriya believes that in all instances, yoga creates change in the individual, restoring one to a state of balance and calm. He feels that yoga is a very dynamic tool in itself, with many avenues to explore for the student and teacher alike. Its postures, breathing, deep relaxation and meditation help the person to act and think in the best possible way and are a worthwhile tool for everyone to know. 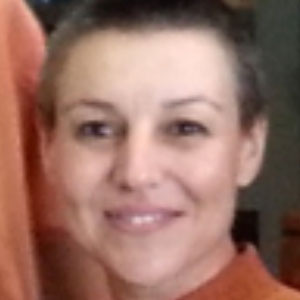 Mangalananda Saraswati, has been practising yoga for over 25 years. She is initiated as a Sannyasin (one who

has dedicated their life to the path of yoga) in the Satyananda Yoga lineage. Since 2001 and until recently, she has been a full time resident at Mangrove Yoga Ashram NSW, training under the dedicated spiritual guidance of her teacher Yoga Archarya Hridayananda. Mangalananda is a fully qualified and accredited yoga teacher and has been actively involved in teaching yoga classes, retreats and teacher training with the Satyananda Yoga Academy in NSW since 2005. Mangalananda is a Registered Senior Yoga Teacher with Yoga Australia.

Mangalananda enjoys sharing her love of yoga to people in the community through her artwork, teaching yoga and singing kirtan.