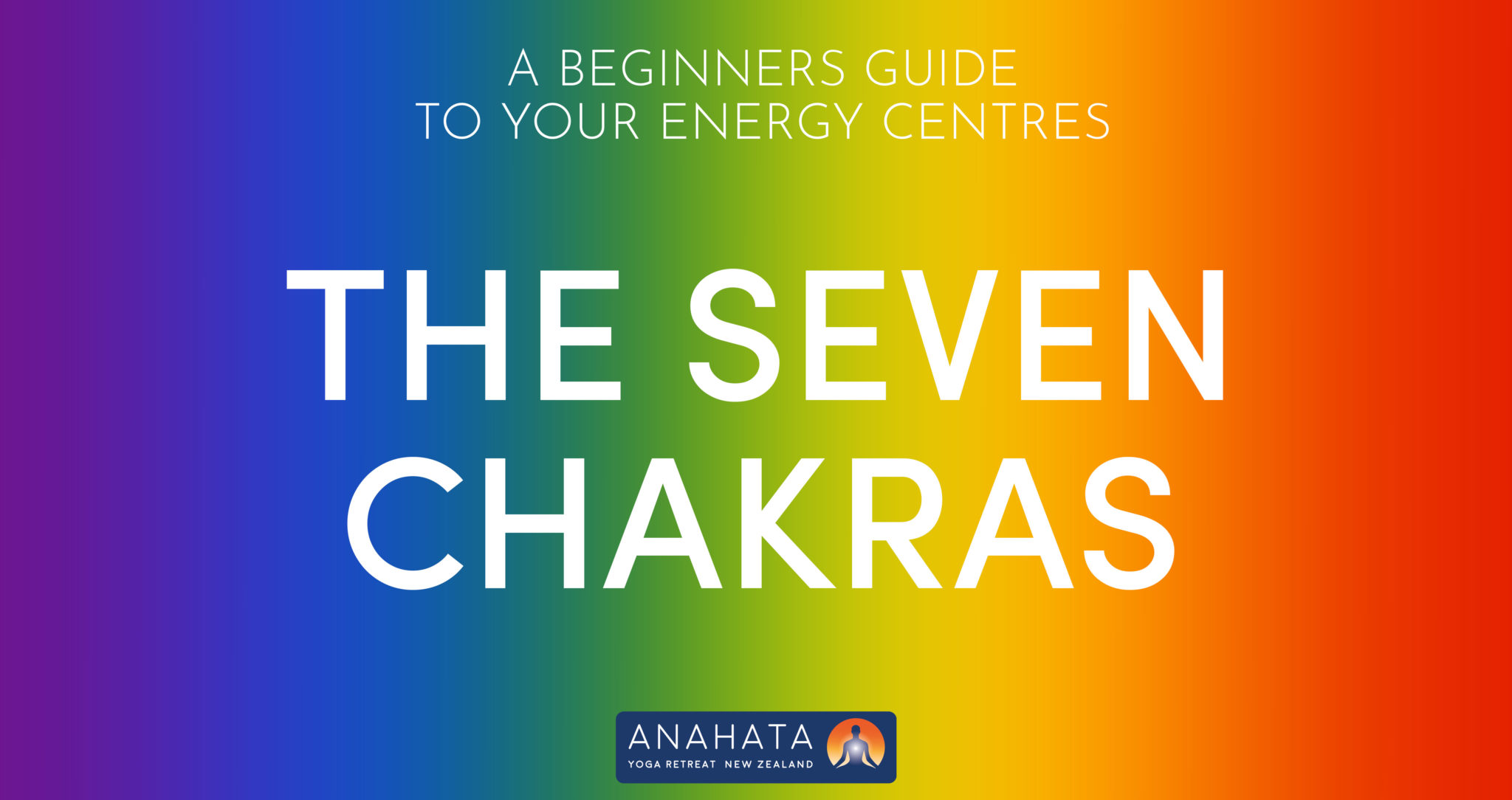 If you are on the spiritual path or you have any interest in the yogic world, you have probably heard of the Chakras. But what is exactly a Chakra and what is the Chakras system all about?

The Yoga & Your Chakras Retreat is happening here at Anahata so we are sharing with you a summary and overview of each of the 7 Chakras so you have more of an understanding.

What is a Chakra?

The literal meaning of the word chakra is ‘wheel’ or ‘circle’, but in the yogic context a better translation of the Sanskrit word is ‘vortex’ or ‘whirlpool.’ The chakras are vortices of psychic energy and they are visualized and experienced as circular movements of energy at particular rates of vibration.

The chakras relate to physiological as well as psychic centres whose structures correspond more or less with the traditional descriptions. A chakra is like a centrally placed electricity pole from which electrical wires are run to different places, houses and street lights in the vicinity.

There are 6 chakras in the human body which are directly connected with the higher unillumined centres of the brain. There are also two higher centres in the brain which are commonly referred to in kundalini yoga: Bindu and Sahasrara.

An Overview of the 7 Chakras

The Sanskrit word moola means ‘root’ or ‘foundation’ and that is precisely what this chakra is. This is the first chakra in spiritual evolution, where one goes beyond animal consciousness and starts to be a real human being.

Location – in the pelvic floor and corresponds to the coccygeal plexus of nerves. In males it lies between the scrotum and the anus, in the form of a small dormant gland termed the perineal body. In the feminine body it is situation inside the posterior surface of the cervix.

The Sanskrit word swa means ‘one’s own’ and adhisthana means ‘dwelling place or residence.’ It is regarded as the basis of individual human existence. Its counterpart in the brain is the unconscious mind and it is the storehouse of mental impressions or samskaras.

Location – at the base of the spinal column, at the level of the coccyx or tailbone. It corresponds to the reproductive and urinary systems in the gross body.

The Sanskrit word mani means ‘jewel’ and pura meaning ‘city.’ Therefore, manipura literally means ‘city of jewels’. In the same way that the sun continually radiates energy to the planets, manipura chakra radiates and distributes pranic energy throughout the entire human framework, regulating and energizing the various activities of organs systems and processes of life.

Location – directly behind the naval on the inner wall of the spinal column. Related to the solar plexus, which controls the digestive fire and heat regulation on the body.

The Sanskrit word Anahata actually means ‘unstruck’ or ‘unbeaten’. This centre is known as such because of its relationship the heart, which throbs, beats or vibrates to a constant unbroken rhythm. Anahata chakra awakens refined emotion in the brain and its awakening is characterized by a feeling of universal, unlimited love for all beings.

Location – in the spinal column on the inner wall, directly behind the centre of the chest

The Sanskrit word shuddhi means ‘to purify,’ and in this chakra the purifying and harmonizing of all opposites takes place. It represents a state of openness in which life is regarded as the provider of experiences that lead to greater understanding.

Location – in the cervical plexus directly behind the throat pit

The Sanskrit word anja means ‘to know, to obey or to follow.” Literally, ajna means ‘command’ or ‘the monitoring centre’. It represents the level at which it is possible for direct mind to mind communication to take place between two people. It is the doorway through which the individual enters the astral and psychic dimension of consciousness.

Location – in the brain, directly behind the eye brow centre

The Sanskrit word Sahasrara is ‘one thousand’ so for this reason it is said to be a lotus with one thousand petals. It is not a chakra as often thought because chakras are within the realm of the psyche and Sahasrara acts through nothing and yet again, it acts through everything. It is beyond the beyond and yet it is right here. It is the crown of expanded awareness, it is the abode of higher consciousness.

This is just a brief overview of each Chakra and there is much, much more to explore with each one as they manifest in yourself.  We hope this informed & inspired you to learn even more about the Chakras and the energy centres within you!  Can you notice if there are any blockages in any chakra in your life or body? Start to see how you can open up these various qualities in yourself.

Swami Karma Karuna will be teaching more about the Chakras in January at Anahata on our Yoga & Your Chakras Retreat. And, If you’d like to explore them deeper, join us in India in this year’s Chakra Sadhana Retreat. You will have the opportunity to deepen your knowledge of Kundalini Yoga with chakra focus during asana, pranayama, meditation, mantra and sound practices.